I tell people my generation (which is our generation) is probably going to make it into the 100's agewise on a routine basis.

Who knew how "right" I would be!  LOL

110 posts of something I was doing for someone else.

The story of my life.

When I was young, fashionable, thin, and very smart...I thought I was an unselfish person. 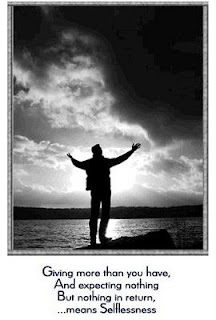 I just finished reading a book called "Once an Arafat Man" by Tass Saada.   A former Fatah member, now a friend of the Jewish people.

He writes of reconciliation (a longtime theme and thorn for me), "Jesus is not so interested in building a religion as he is in building relationships that honor his plan for the world.  These relationships are both vertical, with him, and horizontal, with our fellow human beings."

Until I had children, I never realized how empty and hollow what I was doing was.  I wasn't doing it out of true love for individuals, but for what I got out of it.  A sense of well being.  A sense of knowing I was a "good" person.  Acceptance.  But I didn't really see the emptiness in people's hearts and how I could help fill them...I only knew my own heart, the emptiness inside and wanted them to help me fill it up.  I wanted to feel better.  Without understanding the price I was asking other people to pay.

Then, children.  Who live and breathe selfishness in their very nature.  Neediness that refuses to be ignored or pushed away.

Neediness that requires, insists you look it in the eye, and in doing so demanding,  forcing you to respond...and stare into your own heart.  Asking yourself, "Do I have what it takes to go farther than I think I can, expecting nothing in return, to be the best for these little people I'm entrusted with?"

In short, can you truly love them?  Selflessness lived out.  Love.

Unselfish loyal and benevolent concern for the good of another, love.

The good of another.

Tass Saada writes of four things needed for "A Peace Plan Like No Other" between Arabs and Jews.  Two of them are reconciliation and forgiveness.

As I'm reading about these houses of two brothers, I'm pondering the relationships in my life that are not at peace.  Not reconciled.

Which is the crux of my problem.

Selfishness covering a thick layer of unforgiveness...covering a deep layer of...

Tass Saada again, "Finally, we need to begin feeling each other's pain...The reality of human pain cuts across all categories, ideologies, and political parties. It forces us together in a community of suffering. It transcends who is 'right' and who is 'wrong'. It demands that we become human and responsive once again."

Is it good for those in my life to not have forgiveness and selflessness from me?

Because I'm still an infant, a child...living and breathing selfishness towards them?

Because I'm not feeling their pain?  Looking at things from their side?  Trying to understand their own personal anguish?

It is good for them to have me be unresponsive...which is indifference...which is selfishness?

It isn't their fault I haven't come to terms with my own fears, is it?

I am told by Tass Saada "Through the peace that comes from Yasooa/Yeshua/Jesus, we can recover the family relationship that has been lost.  We can build bridges to one another.  We can accept one another-despite our differences-instead of loading heaps of rejection on each other."

"With man this is impossible, but with God all things are possible."

And so, like everything else in my life, prior to running...I have to learn to think about taking baby steps.

Thanks for listening and joining me on the journey. 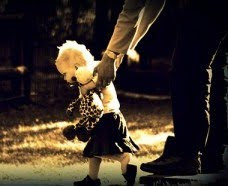